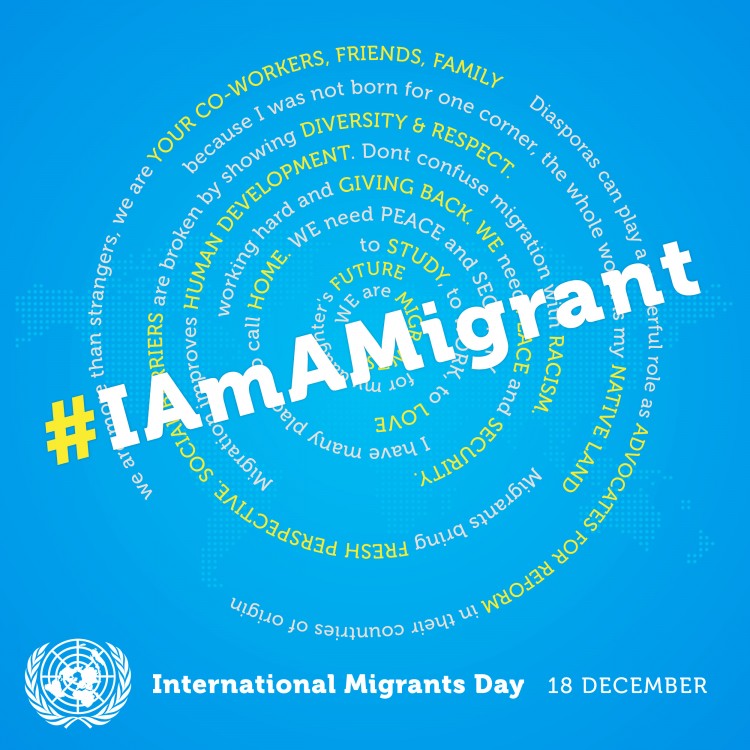 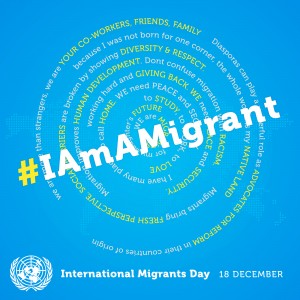 UN Member States and intergovernmental and non-governmental organizations are invited to observe International Migrants Day through the dissemination of information on the human rights and fundamental freedoms of migrants, and through the sharing of experiences and the design of actions to ensure their protection.

At the High-level Dialogue on International Migration and Development in October 2013, Member States unanimously adopted a Declaration in which they recognized the important contribution of migration to development and called for greater cooperation to address the challenges of irregular migration and to facilitate safe, orderly and regular migration. The Declaration also emphasized the need to respect the human rights of migrants and to promote international labour standards. The Declaration strongly condemns manifestations of racism and intolerance and stresses the need to improve public perceptions of migrants and migration.

In his report to the General Assembly in October 2013, the Secretary-General put forward an ambitious eight-point agenda to “make migration work” for all: migrants, societies of origin and societies of destination alike. “Migration is an expression of the human aspiration for dignity, safety and a better future. It is part of the social fabric, part of our very make-up as a human family,” the Secretary-General said in his remarks.