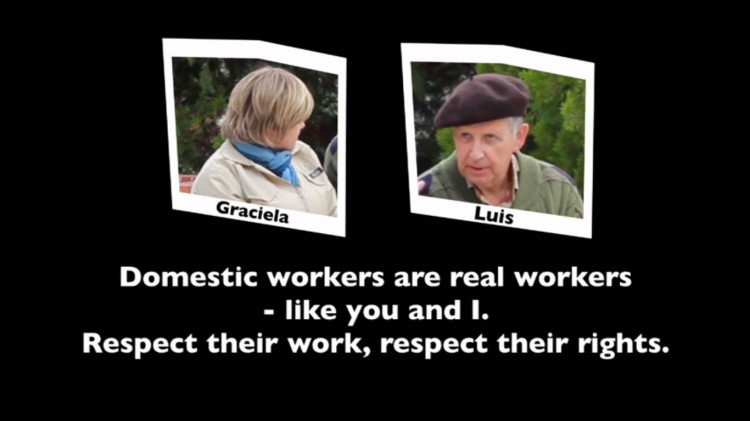 In transmitting the instrument of ratification, Mr. Boris Zürcher, Director of Labour, stated that “Switzerland has the will to continue its commitment for social conditions that respect fundamental social rights and dignity at work. This ratification is therefore an important step towards equality between men and women in the world of work as well as towards a reduction of inequalities of income. Domestic workers are, in their vast majority, women from underprivileged backgrounds, overrepresented amongst low wage workers.”

In receiving the instrument of ratification of Convention No. 189 by Switzerland, the Director General, Mr. Guy Ryder, stated that: “Convention No. 189 intends to offer long overdue protection to domestic workers, a vulnerable, shadow female-dominated workforce often excluded from national labour laws, and therefore deprived from basic rights that the vast majority of workers enjoy, such as limits on hours of work, weekly rest days, paid holidays, minimum wages and social security coverage. The decision of Switzerland to ratify Convention No. 189 not only shows its willingness to support the growing international effort to ensure that domestic workers enjoy the same basic labour rights as other workers, but strengthens measures already taken at the national level, such as the recent adoption of an Order on the model employment contract for domestic workers, and of an Order regulating conditions of entry, residence and work of domestic workers employed by persons benefiting from privileges and immunities. I hope that this ratification will encourage other countries to join the growing coalition of countries to protect domestic workers rights and to move forward to ratify the Domestic Workers Convention in the near future.”

More information on Convention No. 189 and ILO’s work on domestic workers can be found at http://www.ilo.org/global/topics/domestic-workers/lang–en/index.htm